“A splendid mix of time travel, romantic yearning, and moving on after grief.”—Publishers Weekly

“Taut with tension and masterful detail... A storyteller of hypnotic power.”—Wilmington Star News 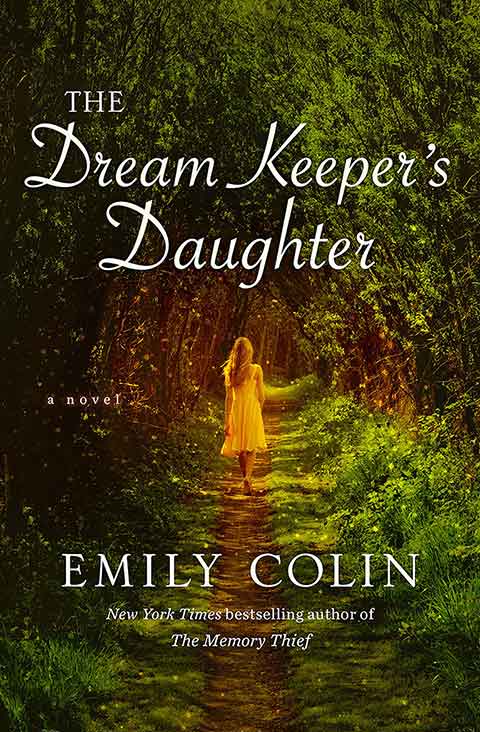 When single mom and archaeologist Isabel Griffin gets an emergency phone call while on a dig in Barbados one day, her first thought is that something’s happened to her daughter, Finn—a little girl who doesn’t quite fit the norm. But when she answers the phone, the voice on the other end is the last one she expects to hear. The caller is her old boyfriend, Max—gone missing in the woods almost eight years ago and presumed dead, by everyone except Isabel. He only utters a single, mysterious sentence (“Keep her safe”) before they’re disconnected, and when Isabel tries to call him back, she’s met with the same automated message she’s been hearing for years—that the number she’s dialed is no longer in service.

Max is much more than just Isabel’s ex-boyfriend—he’s her childhood best friend and secret-keeper. He’s the one who was there for her after her mom’s unexplained disappearance fourteen years before and the only person who really understood the depth of her father’s obsession with finding his long-lost wife. And he’s Finn’s father—which Isabel had just told him the day before he vanished, less than fifty feet from the place where she was standing.

Isabel has already lost two of the people she loves the most, and she has no intention of losing Finn too. Evidence or no evidence, she is sure the phone call was from Max—and that it is a warning that her daughter is in danger. She searches in vain for a rational explanation, and finds none. But when Max begins appearing to her—in her room, on the flagstones of her backyard patio—then vanishing when she tries to talk to him, Isabel must determine whether she is losing her mind, or whether there is more to reality than she—a scientist—has ever been willing to acknowledge. She is determined to uncover the truth . . . but the more she learns about what really happened in the woods that day, the more she is forced to question all of her assumptions about love, courage and the nature of family.

Want YA or adult bookish news? Choose one—or both!

Join the VIP List
Sign up for my newsletter, The Cozy Corner, and receive a free bonus short story, plus…
Want YA or adult bookish news? Choose one—or both!
Join the VIP List

Sign up for my newsletter, The Cozy Corner, and receive a free bonus short story, plus…

Want YA or adult bookish news? Choose one—or both!